At the Neurological Institute on the CHI Health Immanuel campus, we take a collaborative practice approach to the treatment of Parkinson’s disease.  Our neurologists work closely with a Doctor of Pharmacy from Creighton University who specializes in the pharmacologic treatment of neurologic disorders.  Patients have individual appointments with their neurologist, and also with the pharmacist who continues to see them on a regular basis.  As a team, they make treatment decisions to ensure patients achieve the best outcomes. This approach is unique to CHI Health’s Neurological Institute, where we recognize that collaboration between the specialties is the best approach to ensuring that patients with Parkinson’s disease get the finest and most comprehensive care possible.

Medications for the control of the motor symptoms of Parkinson’s disease remain the cornerstone of treatment. In general, medication therapy focuses on the replacement and regulation of the activity of the neurotransmitters (primarily dopamine, which is involved in the control of movement). The choice of medications is highly patient-specific and is dependent upon many factors including the severity of symptoms, the presence of other pre-existing medical conditions, the age and current needs of the patient, and the potential for interactions with other medications that the patient might be receiving. The goal is always to achieve a balance between symptom control and side-effects.

Treatment of the Non-Motor Symptoms of Parkinson’s Disease

Though we usually think of Parkinson’s disease in terms of its classic symptoms (tremor, rigid muscles, slow movement and problems with balance), there are a number of other associated conditions that patients may face. The following symptoms are frequently experienced by Parkinson’s disease patients:

Sometimes these problems are directly related to the medications that we use to treat Parkinson’s disease. Other times they are experienced as part of the disease itself. The neurology care team can help patients navigate these complications with careful medication adjustment, and the addition of other treatment strategies when necessary.

Because there are currently no medications that have been proven to slow the advancement of Parkinson’s disease, eventually other strategies may need to be employed. Surgical procedures are sometimes utilized to help control advanced Parkinson’s disease.

One such procedure is the implantation of a device called a deep brain stimulator. This device works through electrodes that are placed strategically in the brain. Other surgeries may be done to decrease activity in areas of the brain that are responsible for causing tremor.

Medications for self-injection by the patient may also be employed to combat resistance to drug therapy that develops with Parkinson’s disease progression. Our skilled neurology team can work with patients and caregivers to determine if any of these interventions is the appropriate one, and implement the chosen strategy to maintain the functional ability of the patient for as long as possible. 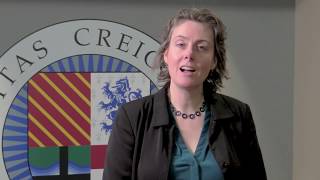