All locations within the CHI Health system are working together to provide the safest and highest quality care to all patients, including those who may be at risk for coronavirus. Anyone presenting at our hospital also has access to our network of specialists, including infectious disease experts, across the state of Nebraska and in western Iowa.

For most up-to-date information, or to complete a quick questionnaire to determine if you are at risk, visit CHIhealth.com/Coronavirus.

A full complement of outpatient diagnostic and therapeutic services are also available:

Outpatient specialty physicians supplement the local medical staff by providing specialty clinics in areas, such as cardiology, gastrointestinal, gynecology, orthopedics, podiatry, and urology on a regular basis ensuring our patients receive services from the expertise of specialists in a service close to home.

The Maternity Center at Schuyler has been designated a Safe Sleep Hospital Champion by the Nebraska Department of Health and Human Services.

CHI Health Schuyler opened its doors on October 11, 1953, serving the communities of Schuyler, Clarkson, Howells, Leigh and the residents of rural Colfax County. In 1971, the hospital expanded to 52 acute care beds through two separate additions. In 1986 the hospital converted 31 beds to long-term care. Formerly known as Memorial Hospital, CHI Health Schuyler became part of Immanuel Health Systems in 1994 which evolved into becoming part of CHI Health (formerly known as Alegent Health) in 1996. A new clinic was constructed attached to the hospital in 1995 in addition to a new clinic being built in Howells to better serve the healthcare needs of the northern end of Colfax County.

The Heun Living Center, a multipurpose living addition for extended care residents, was completed in 1998. On April 1, 2000, the hospital converted to a Critical Access Hospital, a Medicare classification for small rural hospitals that, when certified, reimburses the facility for the cost of taking care of patients. 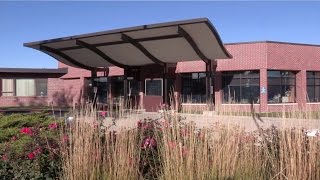