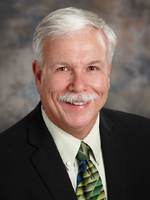 Edward Hannon joined St. Francis in May 2017. He has more than 20 years of experience in health care leadership positions. Hannon has held the senior leadership positions in both independent hospitals and within health systems. He has been recognized as an accomplished executive who sees the most important part of his role is to develop an organizational culture that focuses on the future.

Dr. Frankforter has spent his post-residency career at CHI Health St. Francis, starting as a staff pathologist in 1995. Beginning in 1998, he was named the medical laboratory director as well as president of Pathology Specialists, LLC. Dr. Frankforter has had many roles at St. Francis over the years, including chairing the Infection Prevention committee, Patient Care Evaluation committee, Credentials committee and the Executive committee. He has served as president of the medical staff and has served on the Board of Directors of St. Francis. More recently, Dr. Frankforter has been the Medical Director of the Grand Island Chapter of CHI Health Partners (formerly UniNet, our clinically integrated network), a role he still has today. Beginning April 1, 2018, Dr. Frankforter was named Vice President for Medical Operations at St. Francis, a role he enjoys and uses to try to further the mission of St. Francis, in addition to still practicing pathology part time. Dr. Frankforter is a native of York, Nebraska, received his B.S. at the University of Nebraska-Lincoln, his doctorate of medicine at Creighton University and completed his pathology residency at Creighton University. 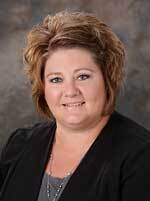 Kiley Grzywa has been employed by St. Francis for 15 years and was serving as the director of Emergency Services before being selected as vice president for Patient Care Services in February 2022. Her leadership was instrumental in deploying the hospital’s Respiratory Care Unit during the community's initial COVID-19 surge. Grzywa earned a bachelor of science in nursing and a master’s of nursing from Nebraska Methodist and was recently recognized with the 2021 Emergency Nurses Association Leadership Award. “Kiley is an amazing example of what it means to be St. Francis proud. We have an outstanding management team prioritizing succession planning and leadership development," said St. Francis President Ed Hannon. "So I am very confident that Kiley will provide the leadership necessary to build upon the successes and culture at St. Francis. No doubt she will help us to continue to move forward and fulfill our mission to serve our community."