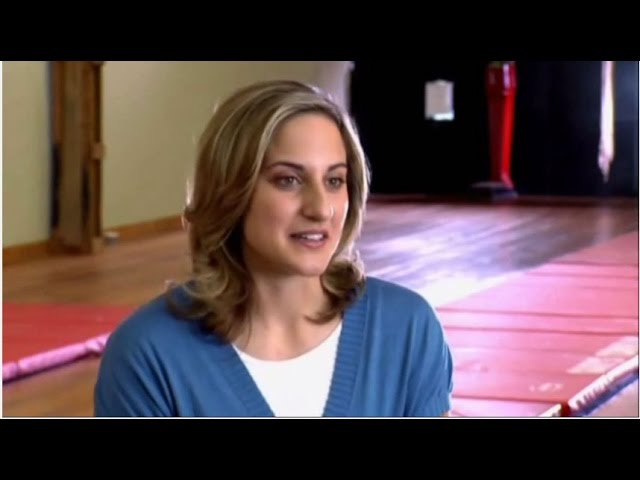 In early 2008, 21-year-old Gina Giaffoglione was a junior at Wayne State College. As an athlete growing up in her dad, Gary's tumbling studio, she followed in his footsteps and opened her own studio in Wayne teaching tumbling to kids aged 4 to 14.

On March 22, 2008 Gina's world was turned upside down when the car she was riding in jumped a curb; hit a light pole and a concrete-filled post. Gina was ejected from the car, but it rolled three times, catching up to her and pinning her right arm and leg. She was taken to the Wayne hospital, but was flown to a Sioux City, Iowa, hospital where they performed surgery. Gina had a broken back and was paralyzed from the waist down.

“I went from an independent, successful college student and business owner to a dependent infant,” she said.

Her family met with representatives from several rehabilitation programs to determine the best place for Gina. One of those programs was CHI Health Immanuel Rehabilitation Institute. Gina and her family felt a strong connection because of the way therapists took the time to get to know Gina. The therapists learned about  the mechanics involved in tumbling and tailored her therapy regimen to prepare Gina to stand on her knees so she could instruct students.

It was hard work, but after completing 9-months of therapy, Gina graduated from college in 2010, and resumed teaching tumbling from her wheelchair.

Gina said "When they told me that I was paralyzed and had a slim-to-none chance of walking again, I was in denial and said, there's no way I'm not going to walk...At another point I was optimistic, saying that even if I don't walk, I'm going to do everything I did before no matter if I'm in a chair or not."

Gina's passion for remaining active prompted her participation in Sports and Leisure, CHI Health's adaptive sports program, where she learned to waterski. She also enjoyed basketball, golf, tennis and ATV rides despite being wheelchair-bound.

She became engaged to John Springhower in 2012. With her wedding approaching, Gina returned to Immanuel Rehabilitation Institute with one request -- to have her father, Gary, walk her down the aisle to meet her groom. The rehabilitation staff, who already was familiar with Gina's grit and determination got to work in making Gina's wish come true.

It was hard work. Gina and her father trained together at Immanuel Rehabilitation Institute for 18 months. On September. 13, 2014, to the amazement of all the wedding guests, Gina got out of her wheelchair, took her father's arm and walked down the aisle to meet John. The story of Gina's feat garnered national attention from ABC News, The Huffington Post, E!Online, VoiceAmerica, People Magazine and others. On Dec. 22, 2015, the couple welcomed their son, LaKota Ray, to the family. Gina Springhower now speaks for students and groups, sharing her story "in hopes of inspiring my audiences to make right decisions and push through life's obstacles." 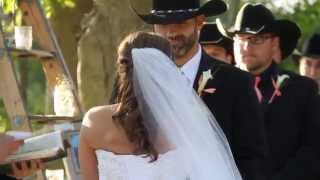