What is a Seizure?

A seizure is an abnormal electrical discharge in the brain which leads to a change in behavior. It is like an electrical storm which leads to different manifestations depending upon where this electrical storm occurs. If it happens in the motor control region of the brain you get motor activity, if it occurs in the sensory area then you can get numbness/tingling, and if it occurs in the temporal lobe then the person can go into a blank stare.

Anyone who has two or more unprovoked seizures has Epilepsy, or if there is a single seizure with a high tendency of having a second seizure. Epilepsy is a chronic seizure disorder.

There are two main types of seizures:

Focal/Partial seizures are much more common than generalized seizures. The treatments differ based on the type of seizure you have.

Some, but not all, people with epilepsy notice sensations and behavior changes hours or even days before a seizure. Called prodrome, these feelings are separate from the seizure, but are often considered a warning that a seizure may soon occur. An aura is warning symptom which can be a feeling, sensation, thought or behavior that occurs just prior to a seizure – and is sometimes considered part of the seizure.

According to the Epilepsy Foundation, warning signs of seizures include:

Generally, seizures are unpredictable and brief. While symptoms vary widely, they tend to be stereotypic or remain similar from episode to episode. This is why people with epilepsy are advised to keep track of feelings and behaviors that occur before or during a seizure.

Males and females of all races, ethnic backgrounds and ages are affected by epilepsy. In most cases, the cause of epilepsy is unknown. Some known conditions that affect the brain can cause epilepsy. According to the Centers for Disease Control and Prevention, these include:

While genetic factors play a role in many cases of epilepsy, most children of a parent with epilepsy will not develop seizures or epilepsy. Researchers are still working to understand the genetic component of this condition. 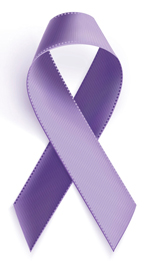 Research is ongoing to find a cure for epilepsy, but to date there is no universal cure for this condition. In some cases, children can outgrow epilepsy as their brains mature. Surgery can sometimes “cure” epilepsy by removing the part of the brain thought to cause the seizures. Medications do not cure epilepsy but can often control seizures. Other treatments such as vagal nerve stimulation – which sends electrical impulses to the brain – can help patients prevent seizures.