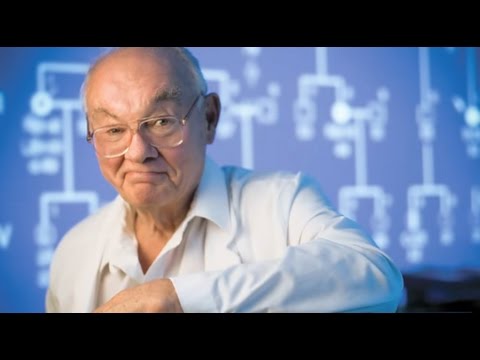 In the 1960s and 1970s, Henry Lynch, MD’s position that certain types of cancer had a genetic origin was soundly rejected by other researchers.

“At the time, it was believed that the major cause of cancer was environmental – asbestos and other poisonous substances. While that is true, another factor was hereditary cancer, and that’s where I come in,” said Dr. Lynch, chairman of the Department of Preventive Medicine and president of the Hereditary Cancer Institute at Creighton University.

Long before he became the “Father of Hereditary Cancer,” Dr. Lynch left school at age 14, served in the U.S. Navy during World War II and did a stint as professional boxer “Hammerin’ Hank.” When he went to medical school, his passion for genetics caught fire. For 30 years, he pressed on to convince the world that hereditary cancer was killing families.

“I hate to be so egocentric, but I knew damn well I was right,” he emphasized.

So right, in fact, that in 1961 Dr. Lynch started leading researchers to document hereditary diseases in Nebraska, a locale well-suited to this work. Rural families tended to keep careful records, and several generations often lived close to each other. It made it easier to get the complete picture.

“One man told me, ‘My whole family is riddled with cancer,’ and he turned out to be in one of the first families found with hereditary non-polyposis colorectal cancer,” said Dr. Lynch. “It was the pattern of the cancers, the ways they were distributed in the pedigrees and it could not be anything else but a hereditary situation.”

It was not until 1993 that a researcher in Finland found the hereditary form of colon cancer now called Lynch syndrome.

“She discovered the gene I was talking about and that exploded all over the world,” recalled Dr. Lynch. “They said, ‘He’s not a fool like we thought.’”

Lynch syndrome is now recognized as the most common hereditary colorectal cancer condition, leading to colorectal and endometrial cancer.

Today, Dr. Lynch’s work on certain breast and ovarian cancers is known as Hereditary Breast/Ovarian Cancer syndrome. This work contributed to the discovery in the mid-1990s of the BRCA1 and BRCA2 breast cancer genes.

The colonoscopies, mammograms and other tests routinely done around the world to screen for cancer are due in part to Dr. Lynch’s research at Creighton University, which has further helped to discover the link between a person’s family tree and breast, ovarian, endometrium, melanoma, pancreatic and other cancers.

In 1984, Dr. Lynch established Creighton University’s Hereditary Cancer Prevention Clinic, where families can find information and services. Throughout the years, his wife Jane was at his side in his quest to save families from an early cancer death.

“I persevere with the wonderful backing of so many specialists at Creighton University,” Dr. Lynch said. “We are looking for better ways of diagnosing hereditary disorders of all types, and that’s keeping us busy.”