Borderline personality disorder (BPD) is a serious mental illness characterized by unstable moods, behaviors, and relationships. The term was first used by psychiatrists to describe this disorder, which was at the "border" of psychosis.

The American Psychiatric Association (APA) describes people with BPD as people with a distorted and unstable self-image or sense of self. Without the emotional foundation provided by a belief system or sense of identity, their values, opinions, and feelings can suddenly change. They may feel compelled to do things they would rather not do, or they may not know what they have done.

People with severe BPD have extreme personality changes (psychotic episodes). These generally last a few hours and rarely last more than a few days. Most people who suffer from borderline personality disorder suffer from:

People with BPD often have an additional disorder (co-occurring disorder or dual diagnosis) such as: depression, anxiety disorders, substance abuse, eating disorders and self-harm. They are at a higher risk of suicidal behavior or suicide.

There is no single cause of borderline personality disorder. Researchers believe it is due to a combination of several factors, including a person's genes, personal temperament, social interactions and coping skills. A dysfunctional family life, including physical, sexual and emotional abuse, and abandonment during childhood or adolescence, can contribute to the development of BPD. BDP usually begins in adolescence, although some signs of it may occur in childhood.

After a medical examination to rule out other possible causes of symptoms, the individual is referred to a mental health professional experienced in diagnosing and treating mental disorders, such as a psychiatrist, psychologist, clinical social worker, or psychiatric nurse (APRN or ARNP). They can conduct a thorough interview and perform a psychological evaluation to assess symptoms' severity.

CBT can help people with borderline personality disorder identify and change core beliefs and/or behaviors that underlie inaccurate perceptions of themselves and others and problems interacting with others. CBT may help reduce a range of mood and anxiety symptoms and reduce the number of suicidal or self-harming behaviors.

This therapy focuses on the concept of mindfulness or awareness and attention to the current situation. DBT imparts skills for controlling intense emotions, reducing self-destructive behavior and improving relationships. This therapy differs from CBT in that it seeks a balance between changing and accepting beliefs and behaviors.

This type of therapy combines elements of CBT with other forms of psychotherapy that focus on reformulating schemas or self-conception This approach is based on the idea that borderline personality disorder stems from a dysfunctional self-image - possibly caused by negative childhood experiences - that affects how people react to their environment, interact with others, and deal with problems or stress.

CHI Health Psychiatric Associates, with offices in Omaha and surrounding areas, has highly-trained mental health providers who can address the psychological needs of those who suffer from personality disorders.

If you think you or a loved one may be suffering from borderline personality disorder, call (402) 717-HOPE. 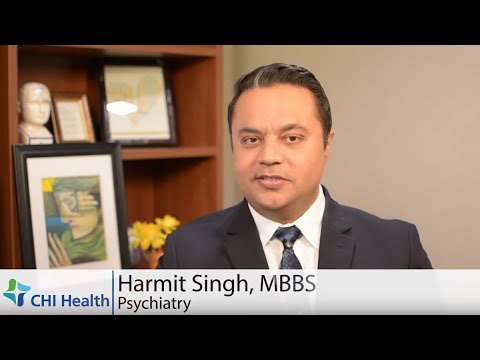